Since the 1980s, the quest in the automotive manufacturing sector to reduce vehicle weight and fuel consumption without compromising on component performance and safety has driven a raft of developments in lightweight materials for vehicle structural applications.

Bert Suffis, Sales & Application Development Manager - Europe, Africa and Middle East, JSP Arguably the most important innovation in this area was the development of expanded polypropylene (EPP). This material was first developed in the late 1980s, meaning it has been part of the European vehicle parc for more than two decades now. Unlike previous materials whose energy absorption capabilities were questionable, EPP boasted two fundamental physical capabilities which rapidly established it as a ‘reference’ material for low-speed impact protection. Firstly, its closed cell foam construction means it is isotropic, offering the same consistent performance irrespective of the direction from which impact is received. This represented a stark contrast with injection moulded and rigid polyurethane products, whose performance is traditionally tuned to only a single crash scenario. Its other advantage is that it can be deformed on multiple occasions but will still return to its original shape, suiting it ideally for low-speed impact applications. These qualities mean that the material not only fulfils but in many cases exceeds the exacting performance requirements of governments and the industry, such as passive safety requirements as dictated by the EURO NCAP tests.

During the 1990s, specialist grades, such as porous products and those offering discrete surface resistivity, were developed for the first time and the material was manufactured in a range of colours.

Vehicle designers were quick to seize on the opportunities offered by the full range of materials and nowadays it is common to find them used all over vehicles. Applications range from passive safety products such as doors, side impact energy absorbers and door panels, head restraints and seat cores, seating and knee protection, to stowage applications. Here, the exceptional strength to weight ratio enables storage of tool kits, boot liners, load floors and console components. It is a simple matter, for example, to create a boot storage liner which is bulky enough to fill the required space (and so will not move around during transit) but which will not add significant weight and will contribute to the structural substance of the boot system, for example helping to absorb impact energy during a rear crash. To attempt to do the same thing with injection moulded products would not only require the production of expensive tooling, but would add significantly more weight and contribute far less structurally. Indeed, the modern range of expanded polypropylene is suitable for just about any application where aesthetics are not paramount and there is no risk of extended exposure to UV light.

Parts moulded from expanded polypropylene are also widely used for dunnage applications in the transport of fragile components between factories and assembly plants, minimising scrap percentage through transit damage and quickly recouping its investment. It is not uncommon for the lightweight dunnage containers to outlast the production cycle of a particular vehicle. The alternatives are wooden pallets, which are cheap, but harder to shape, or steel, which offers good physical protection but can create component damage through the transmission of excessive forces caused by vibrations or shock.

In some applications, such as seating, total weight reduction of up to 35 per cent over alternative systems is achievable, with greater design flexibility allowing consolidated parts and the ability to complement other materials where necessary. Tooling costs are significantly lower than those for injection moulding, while lightweight products allow the possibility to demould negative features without the need for further investment in tooling. Meanwhile, the ability to create parts which snap-fit together enables greater design freedom and compatibility with other materials. A prime example is the BMW 5-series where the use of ARPRO delivered a rear seat solution which reduced tooling investment and lead time, while significantly lowering component weight.

Enhanced mouldability to allow greater freedom in design has in fact been one of the key developments in this material area since its introduction more than two decades ago. Recent material developments and improved tooling solutions have pushed the boundaries of feasible 3-D shapes, as well as allowing the creation of smaller and thinner products. Customers can select from a wide choice of grades by density, enabling them to achieve the right formulation with the lowest possible steam consumption and cycle times. Sun visors, for example, which have to pass a head impact test as they are regarded as a key safety feature, can be easily moulded, as innovation has created base materials with smaller bead sizes allowing thinner sections which at the same time result in minimal voids in the finished surface.

Recent developments have also created products which deliver reduced scrap levels as well as less ‘lost’ time during tool start-up and process tuning at the start of production runs. Aesthetically, too, advances continue apace. The latest products can deliver a range of surface appearances enabling the user to forget the ‘beady’ raw material, by presenting a warm, uniform surface texture. This will play a key role in reducing component count and weight, not least in ‘secondary’ visible areas where the limited exposure to UV means they do not need to be covered.

The emergence of electric vehicles is an obvious opportunity given the need to minimise weight as far possible to extend battery life. To this end, in 2010, a new ‘sandwich’ technology, known as inrekor, containing a core of ARPRO, surrounded by bonded skins to deliver exceptional strength to weight performance, was launched. The strength and tensility of inrekor makes it suitable for vehicle chassis, traditionally one of the greatest contributors to vehicle weight. For the first time it can deliver the light-weighting needed to help make electric vehicles a practical alternative transport option.

The key in the use of ARPRO in lightweight structural components is of course to convince designers, manufacturers and vehicle buyers that the material can deliver the required levels of strength, stability and safety. However, the stiffness and flexural strength of inrekor increase exponentially with the thickness of the core, firmly allaying any concerns in this area. Meanwhile, the built-in capability for ‘intelligent’ function integration – insulation, isolation, and air ducting, as well as built-in mounting points - means a highly lightweight and cost-effective solution can be created with minimal capital investment. Fixing the final product is simple too – as unlike some honeycomb products, it can be riveted, bonded, spot-welded or fastened depending on the application requirements.

The isotropic nature of the ARPRO core within inrekor means impacted energy dissipates rapidly in all directions. Certainly the industry seems convinced, with a number of highly innovative electric vehicles now being launched with an inrekor chassis.

In a typical application on a four-seater vehicle, for example, chassis weight can be reduced from 300kg to 160kg – a major benefit given that 1kg of weight reduction can extend vehicle range by 3-4km. (It is also estimated that using this technology on all petrol and diesel vehicles across the world would equate to an annual fuel saving of 10 billion litres!)

The versatility of the sandwich technology and developments in adhesion methods and products mean that surface skins in a variety of materials can be bonded to the core depending on the application and any aesthetic requirements. Meanwhile, design changes can be easily accommodated, with minimal tooling or capital expenditure, as rather than CNC machining of finished sandwich panels, cores are usually cut with water with the skins laser cut – a bonus when speed is of the essence – although both materials are also suited to traditional pressing or stamping techniques. One recent example is the creation of a specially engineered fuel tank for Aston Martin Racing, where an inrekor shell has been created which not only ensures a tight fit within the vehicle roll cage, but also meets FIA requirements for a 10mm thick shell. Meanwhile, the speed with which parts can be created from scratch is amply demonstrated by the 13-week turnaround from initial CAD design to actual on-vehicle use for a completely novel inrekor chassis for a replica Speedster 356 vehicle.

The overall versatility of lightweight materials is ever more important given the weight difference in chassis between differing model ranges, where different density cores can be specified to perform correctly against the individual weight of each model in the range.

As well as light weight, it is the versatility of modern lightweight products and sandwich technologies, such as ARPRO expanded polypropylene and inrekor which place them ideally to drive further weight reductions across multiple applications now and for many years to come. 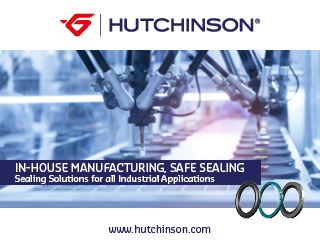