When manufacturing and processing electronic components, electrostatic discharge (ESD = ElectroStatic Discharge) presents a serious hazard for the sensitive electronics. In addition, the increasing miniaturization of semiconductor components means even greater sensitivity to ESD.

Improved protection against electrostatic discharge is thus necessary for not only for the materials and tools used, but also for cable carriers. However this can be achieved during handling and assembly only if the plastic cable carriers used have an even lower surface or volume resistivity.

To provide this, KABELSCHLEPP is relying on nanotechnology. The material used in the new ESD cable carriers incorporates carbon nanotubes (Baytubes® from Bayer MaterialScience). Carbon nanotubes are microscopically small tubular particles made of carbon. The carbon at-oms form a honeycomb-like structure. The electrical conductivity of such nanotubes is deter-mined by the details of this structure. The electrical conductivity is increased thanks to the graphite structure on the surface of the material created by the carbon nanotubes as a func-tional additive. So much for theory.

For the real world, this means: The new ESD cable carriers from KABELSCHLEPP are now even more conductive and with a surface resistivity of ≤ 105 ohms surpass by far the require-ments contained in the ESD standard (DIN EN 61340). Thanks to the large specific surface and the extremely even distribution of the carbon nanotubes in the carrier material, good conductiv-ity is also achieved at the contact points between the chain links and thus over the entire length of the carrier.

Additional benefits: As a consequence of modifying the fiber-reinforced material with nano-tubes, the stability of the cable carriers increases as well.

Whether in chip manufacturing, semiconductor production, manufacturing of electronic compo-nents or solar engineering, thanks to their low surface resistivity, the new ESD cable carriers from KABELSCHLEPP not only significantly reduce the risk of ESD, but also represent a useful investment with respect to future standards.

Caption:
ESD.jpg: Even More Conductive! ESD cable carriers satisfy tomorrow‘s requirements. Thanks to the new ESD material KABELSCHLEPP cable carriers are now even more conductive and with a surface resistivity of ≤ 105 ohms surpass by far the requirements contained in the ESD standard (DIN EN 61340) 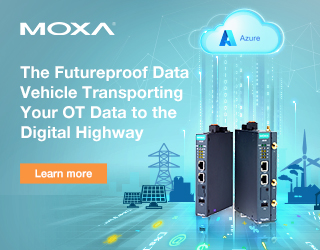