Morgan Advanced Materials has announced the launch of its new generation of degassing rotors for secondary aluminium processing applications.

Building on its extensive experience of materials science and metal casting products, Morgan has produced the first one-piece degassing rotor in silicon carbide, delivering a cost-effective and high-performance alternative to the graphite material traditionally used for this task.

The presence of gas – typically hydrogen – and other particles inside gravity or sand castings has the potential to severely compromise both appearance and performance through the presence of bubbles and a deleterious effect on overall component strength and density. This makes effective degassing integral to the casting process.

Graphite has traditionally been the most widely used material for degassing rotors around the world. However, to address the high replacement costs and frequent changeovers associated with this material, Morgan has leveraged its advanced silicon carbide crucible technology and materials expertise to develop a range of rotors which last up to five times as long before requiring replacement. This increased life can be attributed to the excellent wear resistance and anti-oxidation qualities of silicon carbide, and the high density of the isostatically pressed single piece design. Furthermore, the rotor head has been optimised to reduce bubble size and deliver optimum gas dispersal through an innovative six-vane design.

Field tests at metal casting facilities have shown significantly lower oxidation levels of the silicon carbide degassing rotors at operating temperatures, compared with their graphite counterparts. It was noted that the degassing performance of the graphite rotors deteriorated as head geometry became distorted, while melt densities using the Morgan rotor were in fact notably higher over time than with graphite rotors.

The one-piece silicon carbide degassing rotor is available in a wide range of diameters with shaft lengths up to 1.2m depending on application requirements. Morgan can also offer a selection of adapters to allow the rotors to operate with different degassing machines. The range is completed by a clay graphite anti-vortex plate which helps to prevent the reintroduction of hydrogen and aluminium oxide particles into the treated molten aluminium by reducing the circular metal flow caused by the rotation of the degassing rotor.

Mirco Pavoni of Morgan Advanced Materials explained: “Aluminium alloy cleanliness is one of the most important considerations for modern casters. The industry has seen a dramatic shift to tighter casting properties that can only be met through effective removal of hydrogen and other particles.

“Our one-piece silicon carbide degassing rotor adds significant value through its longevity and effective hydrogen removal. In tests, it achieved a usable life of more than 800 cycles in a heavy fluxing application - nearly three times the average of 300 cycles for comparable graphite products. Furthermore, several customers noted that the fluxes did not seem to attack the silicon carbide as they did the graphite. They also saw a measurable reduction in gas content and an increase in metal density using the silicon carbide rotor.” 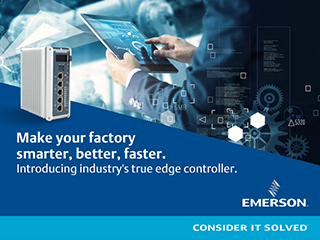 About Us
© 2020 Induportals Media Publishing